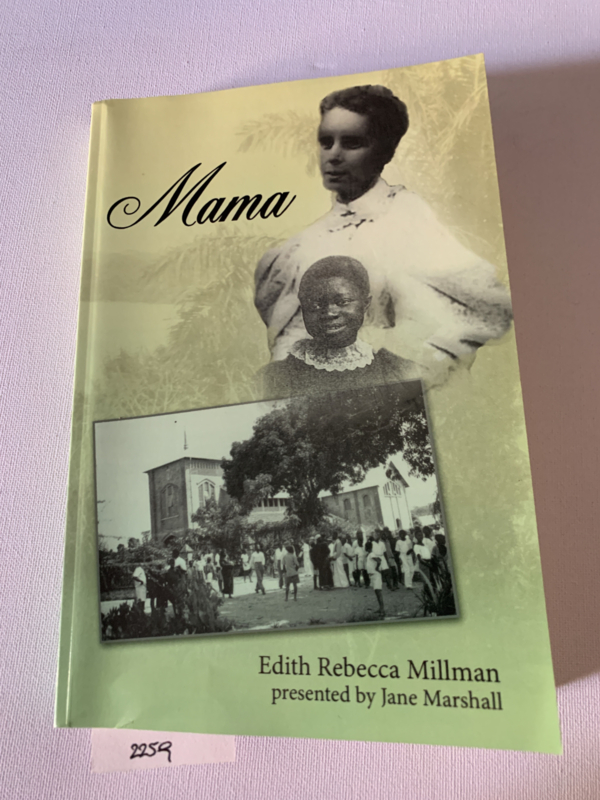 'Mama' Edith Rebecca Millman's letters relate her remarkable 1893 journey into what was then considered Congo's 'Heart of Darkness'. Initially as 'Mama Mangwete' and later as 'Mama Mokili', Edith goes on to record her next forty four years attempting to spread Christian Light in the Congo she comes to love so deeply. Mama was a gifted writer. Her letters to daughters and friends paint a vivid first hand picture of the extraordinary lives of pioneer missionaries in the Congo. The hand written documents were originally collected and chronologically assembled by Edith's second husband, William 'Mokili' Millman. They have been faithfully restored and formatted for publication by Mokili and Mama's granddaughter, Jane Marshall.Jane has now reformatted and republished her original 2009 version of 'Mama: Edith Rebecca Millman Tells in Her Own Words of Her Remarkable 1893 Journey into Congo's 'Heart of Darkness' .......' and republished it with Createspace as 'Mama Edith: Letters from Congo' . Volume 1 of her 'Mission and Tradition in the Congo' Series